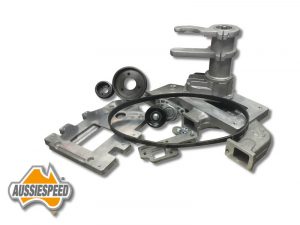 The kit is supplied with the components required less the supercharger. The AS0343 can be purchased also if you want to replace the throttle body with a 4 barrel carburetor. Note depending on body style the standard V6 Commodore intake may need to be modified to clear under bonnet items such as bonnet hinges and the battry may also need to be relocated out of the engine bay. 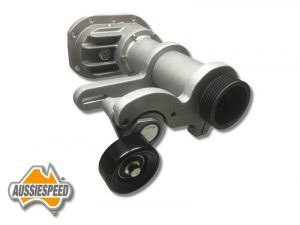 This is a complete kit MINUS THE SUPERCHARGER that includes the list of parts below.  The Aussiespeed supercharger kit is supplied with a new gear case that replaces the factory M90 1 piece supercharger drive snout and has its own specifically designed snout support and belt tensioner. This gives you the option of purchasing your own supercharger either new or used. This kit uses a standard thickness harmonic balancer and the front pulley is 17mm thick. 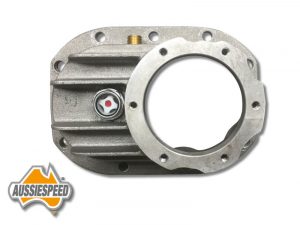 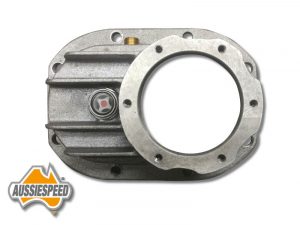 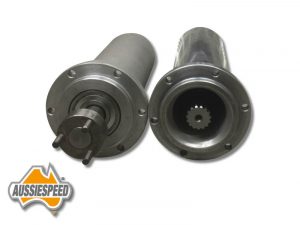 The snout assembly on the left is included.