Aussiespeed has been fortunate to have a loyal customer base from around the world, and we agree that this has been a long time in the making. While many people have varying opinions on the build of the Slant 6 as far as modifications go. We decided to show you how we at Aussiespeed would build up one that not only increases the power output when needed, but also is streetable for cruising around with your mates on a Saturday night. 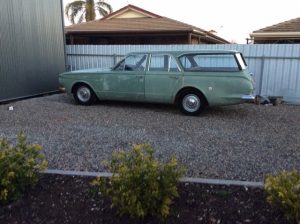 So with the Aussiespeed 225 Slant 6 here is our aim, we are building the engine to increase power still maintain reasonable economy at cruise and to get it crankin if you want to go and do some social drag racing. Our Slant 6 build is not an all out alky burning 500 horse power race engine. It is built with mainly off the shelf readily available parts from reputable suppliers. 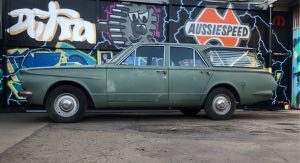 Above is the green wagon, its an AP5 Valiant station wagon that over the years has had some serious repairs, at some stage it had had a pretty hard hit in the rear and the rear quarter panels have been changed from the early left to right tail light to the up and down style rear lights. All we can think is that when the repairs were done it was easier to change the tail light section of the rear quarter panels as the later rear lights were easier to get hold of. 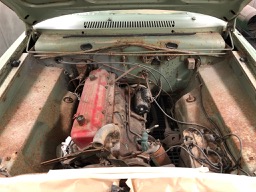 For some reason the engine had been partly dismantled and there is all sorts of dirt, leaves, rat shit and general road grime. The engine looked like it was seized. 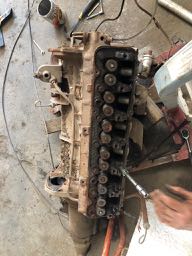 With the engine and gear box removed from the wagon it was time to rip it down and see what we have. As we want to do cylinder head mods to make some power we though once the head is removed it off for a clean, crack test and a photo session. 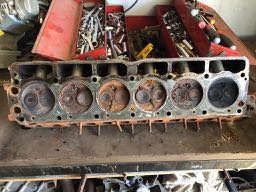 Well what we discovered here is not looking good. We thought to begin with that something had crawled into the cylinder and died in the combustion chamber. 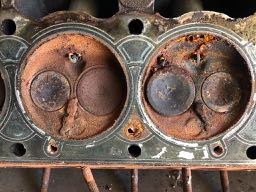 This looks to be either a friday arvo repair or someones lunch was cooked and they were hungry. The 2 combustion chambers have had tapered plug crack repairs done to the combustion chambers. Normally these would be machined off flat but it looks like there was a real hurry to get it out the door. Maybe it was a bad attempt to remove a bit of combustion chamber volume.

We get asked alot what would you recommend parts wise when building a slant 6.  There are so many options for different power levels, also budgets can vary a lot. A rebuild from a local machine shop may be required depending on the condition of the engine you are going to use. If your engine isnt showing alot of wear a chemical clean, linsh of the crank and a hone may all that is required for a basic recondition. Cylinder head may also be as basic as a chemical clean, valve grind, face and reassemble. From there you can go down the road of increasing valve size and porting of the cylinder head from under the valve through to the intake and exhaust port.