Since the first model AussieSpeed Hemi 4 barrel manifold was released we have worked to give Hemi 6 cylinder owners one of the most advanced 4 barrel manifold available. The AS0298 offers better performance and more options than previous models.It offers divided plenum to extend the centre 2 runners the same as the AS0265 and has a plenum that is 16mm taller than the AS0265.The manifold has nitrous bosses cast into the head flanges & the carb can be rotated 180 degrees to run the primaries closest to the inner guard. 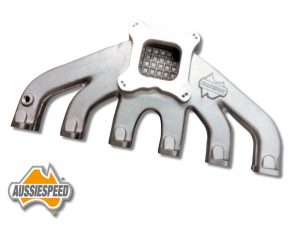 This manifold will take forward and side ways mounted Holley square bore carbs. The manifold has one x 3/8 npt vacuum take off on the rear of the manifold for brake vacuum and auto transmission fitting. 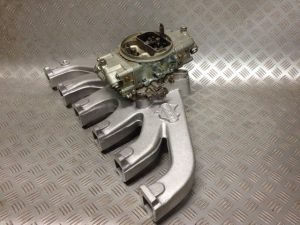 Every wanted to mount you carby sideways in a centura, the AS0298 allows for side wards east/west mount of you Holley 4 barrel. 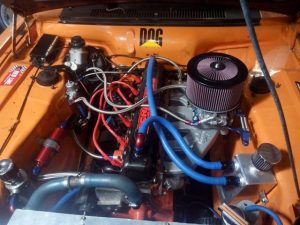 The owner did back to back testing on this tuff Hemi 6 engine. The first manifold used was a Cain Hemi 4 barrel when fitting an Aussiespeed plenum pig a gain of around 20+ horse power was seen. The Centura was then fitted with the AS0298 Aussiespeed manifold and another gain of 10 Horsepower was seen. The results from the customer were around 25 horse power with an increase in torque with the torque curve extended another 1200 rpm at the top. This is a full cast iron mechanical camshaft engine making around 300 horse power. 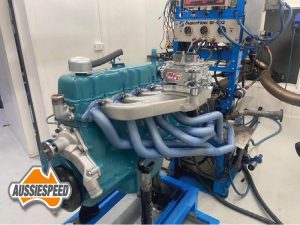 The manifold from cylinder head flange to the outside of the carb pad is 290mm long. AS0298 has a taller plenum than the AS0265 by 16mm